The end of our first season came up quickly. It was less than a month since Electric 2galoo had been finished, and we’d already taken part in 4 races and finished on the podium twice, leaving us sitting in equal 5th in the F24+ championship, with Rotary Racer.

We arrived at the circuit in good time, and were directed to our garage. We had  great location, in between the Portuguese University, Silesian University and the two teams that had travelled over from America – the now established Team USA with ARES, and the new team from the University of Alabama with Shock.

It didn’t take long for us to get through scruiteneering – we got there just before the queue got too mad! With our final sticker off the season on the car, we were ready for a few laps in practice. After our numerous calamities and failures at previous races, we were keen to put as few miles on the car as possible, so we only completed 6 laps in practice to make sure everything was running smoothly.

We ran the stint as planned, and had minimal drop off, but were not overly happy with the pace of the car, being no faster than Electric Boogaloo had been the last time we had visited Rockingham. In between practice and the race we did some serious fettling – specifically retruing the wheels. Just pushing the car along the ground, it was possible to feel an improvement in how the car was running.

Once we’d worked on the wheels, we downloaded the onboard logs from the practice laps, to check our current consumption was in a good range. Everything looked good – once the number of laps was announced we did a few quick sums, and realised we could up our power consumption by a couple of amps for the race.

After all that, we still had plenty of time to go for a wander and and chat to the other teams in attendance. The story of Shock, from the University of Alabama, rang true for us – the two guys had built their car in the shed in two months. They’d also got it shipped across to the UK from America, so they were just slightly outdoing us there! The car looked very well made, if not a little large (just like our first car… but Boogaloo wasn’t really well made). We had a good chat about how they’d designed their car, and how to make sure they get to the end of the race. 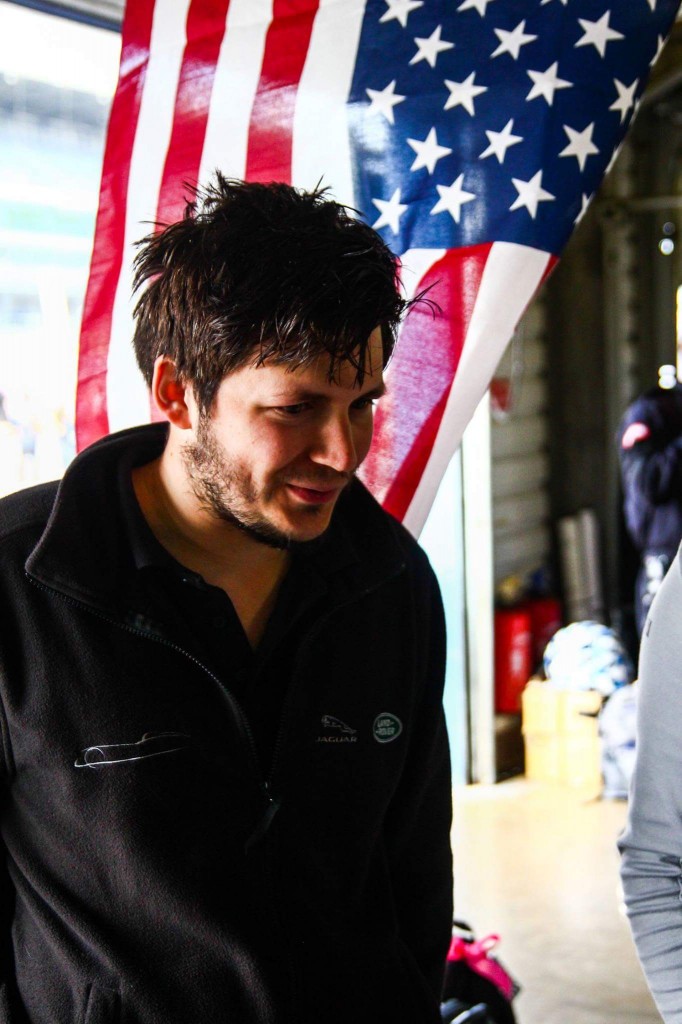 I accidentally posed in front of the American flag

It got to 30 minutes before the race, so we strapped in the race batteries (not quite our best pair – we were saving them for the International Final on Day 2) and taped on the bodywork. Ian strapped himself in and we wheeled ourselves out to the circuit. Our ridiculously huge turning circle meant we took a bit of an awkward route out to the grid, but we made it eventually. 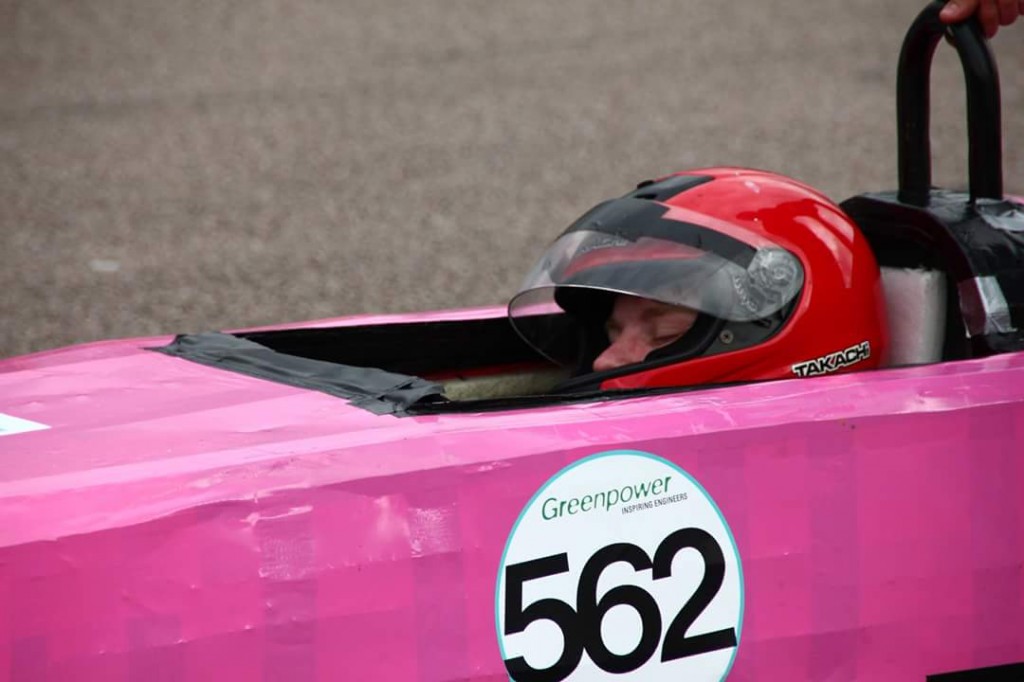 Ian was very excited for the start of the race

2galoo was lined up near the back of the grid for the lap race – only the corporate entries were behind us, but we made a good start and overtook a good number of cars from the flag dropping to the first corner.

The first 20 minutes went smoothly, we were 15s a lap faster than in practice, and we had a very gradual drop in lap time. Half an hour in, we experienced a sudden (and still unexplained) lap time drop of 10 seconds, then spent the rest of the race back at our gradual drop off of about a second per lap. This phenomenon would return to haunt us on day 2, in the F24+ final proper. Regardless, we were reasonably happy with our performance, finishing ahead of cars from Renishaw, JLR and Lockheed Martin, and overtaking Minion on the final lap, as their batteries just gave up before the end. Jet 2, driven this time by Dave, beat Reprobation to the line, but only just, having run very low on remaining power at the end of the race! 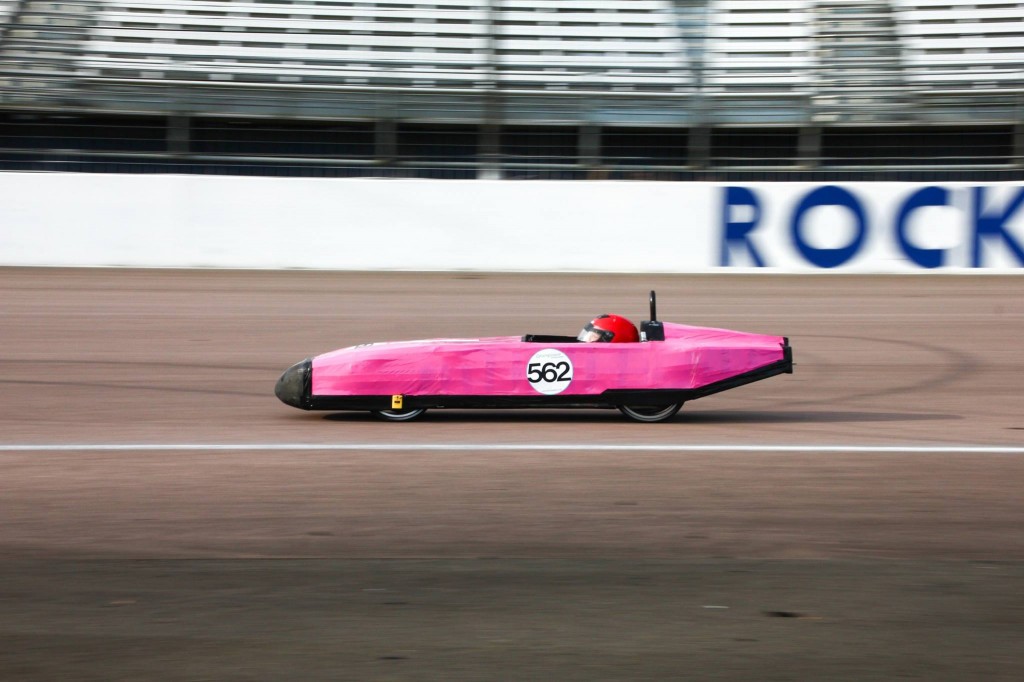 PSEM had a difficult time – they spent their last lap going at less than walking pace, eventually making it into the pits after being lapped a number of times. It turned out they’d hit the batteries way too hard, and in doing so had overheated the motor – it was at 80 degrees when i got to it with a laser thermometer, and it had been off for a good while by that point! We had a good discussion about race strategy and using gearing to manage current, before they set off on a marathon upgrade session – they were still in the garage long into the evening when we had cracked on with the beers!

With the end of the F24+ Lap Race, day 1 of the International final was pretty much done for us, so we prepped what we could on the car (That car has been tracked so many times now that we’ve got it down to a fine art) and made sure day 2’s batteries were on charge, before retiring to the campsite, for some beers, food and sleep!