So I recently upgraded my phone to googles flagship the Nexus 4. So far a great phone, the only problem is that I couldn’t find a dedicated phone mount for a bicycle. Now my previous phone (Galax S2) had a dedicated mount, which I loved. It keeps the phone away from rain and is very robust, allowing me to use maps on my phone easily when I go cycle touring.

Although I couldn’t find a Nexus 4 specific mount for my phone I did find a mount of the same brand I had used before for the s3 here. Now the s3 and the Nexus 4 are pretty similar in size so would it work? A quick bit of ‘internetting’ prooved that yes it might well do, 2 days and £30 later and I had one on my desk ready to play. 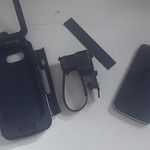 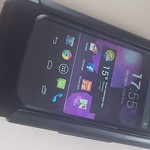 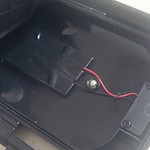 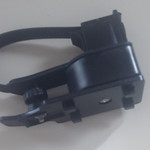 So a quick review. The mount seems to have all the nice features of my older S2 mount and includes some improvements. Although the volume buttons are no longer accessible the headphone socket is. There is also an option to add a ‘charge pack’ and even though I didn’t buy this version you can see the connections are still included inside (these lead to the outside via 2 pads on the back of the mount); perhaps I will add an external USB plug at a later date using this breakout. The mount is also far more secure thanks to an updated click and lock system that uses a small bolt with finger friendly tightening nob to really give you piece of mind that the device in case can’t separate from the part that attaches to the bike. The catches on the outside are also even more robust than my previous mount. Overall I am pretty pleased with it.

Will it fit a Nexus 4? Short answer, yes. The device fits (physically) inside perfectly. Deatails:

To modify the power button for a Nexus 4. I have carved out some of the rubber holder using a stanley blade. Then cut down some sheet steel to act as a lever from the intended power button. This is all secured in place with a drop of super-glue and a small run of black tape. The hardest part of this was to get the metal bent correctly to accurate the power button when the phone is sealed in (lid closed and clamped shut). Due to the small throw of the power button on the Nexus 4 it was easy to accidentally press this simply by closing the case. Once working correctly though it seems reliable. 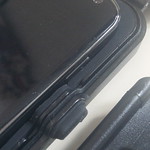 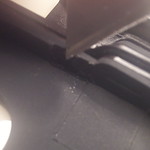 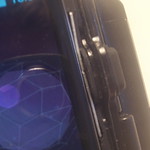 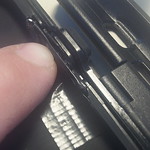 So far it is working out well on the desk. Will keep progress updated as I put some miles on it.