eChook Nano v1.2: New Boards, and, Building your board!

We have a new batch of PCBs, issue fixed. The Greenpower teams who ordered the last one have already had the new boards, and we can now send out new kits. To help with the build process I have just posted a video showing how to put together your eChook Nano v1.2 board.

Since the first prototype we’ve answered lots of questions through email and messages, and always wanted these to be more public so they could help others with the same or similar questions – something like a forum! Since the GP forum is unfortunately closing, it seems even more relevant to have somewhere to discuss all thing eChook and help each other out with anything from building the boards to analysing that spreadsheet full of data. So for further discussions, we’ve set up http://echook.boards.net. It’s a little empty right now but I’m sure we can start filling it up.

We will also be writing articles for Greenpowers new ‘How To’ section, both eChook specific, and more general ways of using an arduino with your car, so hopefully the eChook forum won’t detract anything from the greenpower site. 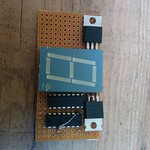 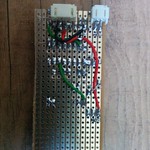 Merry Christmas all. Over the Christmas break I have found some time to put together some of the telemtry and control system I have been designing for the driven electric car. I have written this post primarily for my own benefit as it has taken me a couple of hours to get to a stage of programming my board which would have been avoided had it not been for a simple misunderstanding.

The main ‘brain’ of the board is an STM32F103RB, fantastic bits of kit and my first push away from the AVR family I had become so comfortable with at university. At the time of writing I have designed and soldered up a test PCB and have been plating around with getting a program on to the STM.

I am using my STM32VLDiscovery board’s built in STLink-V1 as a SWD programmer. A simple procedure to wire up between the boards (discovery and my pcb) and get comm’s…AS LONG AS YOU DON’T NEGLECT THE ANALOGUE VDD PIN. I had not forseen the importance of connecting this pin initially and had left it disconnected (for the simple reason I couldn’t find the 0603 inductors I had ordered to nicely smooth the analogue supply line going IN to this pin. After a few hours headscratching, checking and rechecking for shorts, I finally found this disconnected pin to be the source of all my problems. Christmas truely has come early. 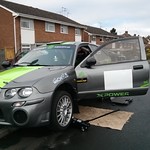 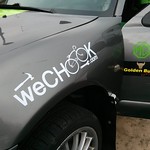 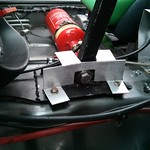 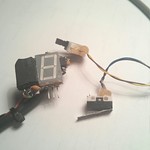